The “Jealous” singer who is signed to Olamide’s YBNL record label is to perform alongside other artistes like Ms Banks, Tiwa Savage, and Maleek Berry. This would be Fireboy’s first major international show outside the country and also his first time performing at the 02 Arena in London.

He took to his Twitter page to reveal the information and also to thank Wizkid for giving him the opportunity to perform at the show. He wrote, “London o2 Arena ready! #StarboyFest on Saturday the 19th, we burn it down! big thanks to the big bro”. Wizkid also responded to the Tweet declaring his love for Fireboy “Love you G! Shine on superstar!”

Love you G! Shine on superstar!

London o2 Arena ready! #StarboyFest on Saturday the 19th, we burn it down! big thanks to the big bro @wizkidayo — blessings forever 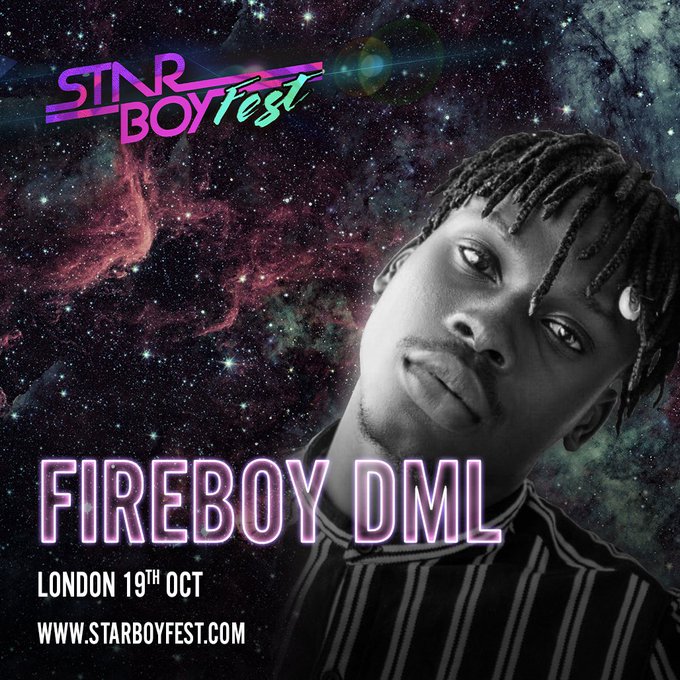