He put the warning to public view on his instagram story recently, without further explanations, which has left fans in wonder.

36ng recalls that Just about a year after he signed a deal with Universal Music USA, had promised the deal will also seek and issue licenses for Burna’s work

In a post he shared on Instastories, the singer stated that artistes who rejoice about such deals don’t have a clue about what they are getting into.

According to him, such deals render artistes as “international victims”. 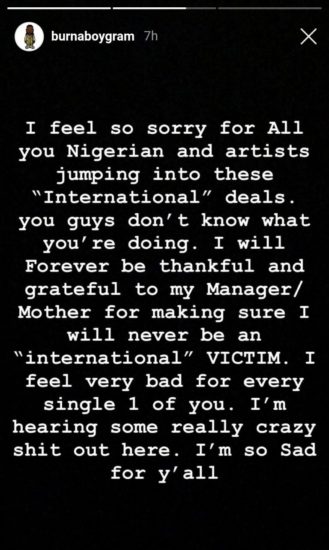